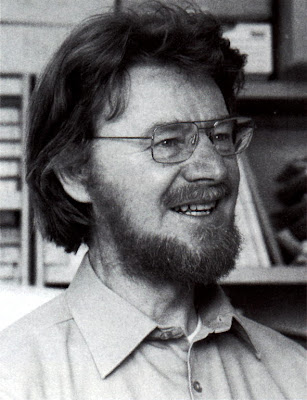 John Bell And The Nature Of Reality

Why have so few heard of one of the great heroes of modern physics?

In 1935, Einstein and his colleagues Boris Podolsky and Nathan Rosen outlined an extraordinary paradox associated with the then emerging science of quantum mechanics.

They pointed out that quantum mechanics allows two objects to be described by the same single wave function. In effect, these separate objects somehow share the same existence so that a measurement on one immediately influences the other, regardless of the distance between them.

To Einstein, Podolsky and Rosen this clearly violated special relativity which prevents the transmission of signals at superluminal speed. Something had to give.

Despite the seriousness of this situation, the EPR paradox, as it became known, was more or less ignored by physicists until relatively recently.

Today, we call the relationship between objects that share the same existence entanglement. And it is the focus of intense interest from physicists studying everything from computing and lithography to black holes and photography.

It's fair to say that while the nature of entanglement still eludes us, few physicists doubt that a better understanding will lead to hugely important insights into the nature of reality.

Many researchers have helped to turn the study of entanglement from a forgotten backwater into one of the driving forces of modern physics. But most of them would agree that one man can be credited with kickstarting this revolution.

This man was John Bell, a physicist at CERN for much of his career, who was incensed by the apparent contradictions and problems at the heart of quantum mechanics. In the early 60s, Bell laid the theoretical foundations for the experimental study of entanglement by deriving a set of inequalities that now now bear his name.

While Bell's inequalities are now mainstream, Bell was more or less ignored at the time. Now Jeremy Bernstein, a physicist and writer who knew Bell, publishes a short account of the background to Bell's work along with some interesting anecdotes about the man himself, some of which are entirely new (at least, to me). He recounts screaming arguments between Bell and his university lecturers about the nature of quantum mechanics. And says that at the time of his death in 1991, Bell had been nominated for a Nobel Prize, which he was expected to win.

That would have entirely changed Bell's legacy. He is well remembered by many working on the foundations of quantum mechanics but not well known by people in other areas. As a good example of a scientist who took on the establishment and won, that is a shame.