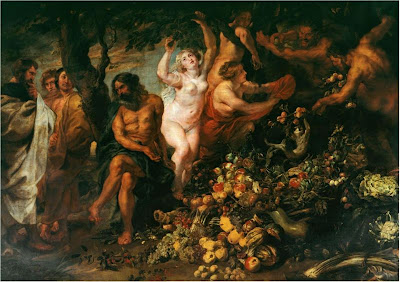 Pythagoras, one of the most famous and controversial ancient Greek philosophers, lived from ca. 570 to ca. 490 BCE. He spent his early years on the island of Samos, off the coast of modern Turkey. At the age of forty, however, he emigrated to the city of Croton in southern Italy and most of his philosophical activity occurred there. Pythagoras wrote nothing, nor were there any detailed accounts of his thought written by contemporaries. By the first centuries BCE, moreover, it became fashionable to present Pythagoras in a largely unhistorical fashion as a semi-divine figure, who originated all that was true in the Greek philosophical tradition, including many of Plato's and Aristotle's mature ideas. A number of treatises were forged in the name of Pythagoras and other Pythagoreans in order to support this view.

The Pythagorean question, then, is how to get behind this false glorification of Pythagoras in order to determine what the historical Pythagoras actually thought and did. In order to obtain an accurate appreciation of Pythagoras' achievement, it is important to rely on the earliest evidence before the distortions of the later tradition arose. The popular modern image of Pythagoras is that of a master mathematician and scientist. The early evidence shows, however, that, while Pythagoras was famous in his own day and even 150 years later in the time of Plato and Aristotle, it was not mathematics or science upon which his fame rested. Pythagoras was famous (1) as an expert on the fate of the soul after death, who thought that the soul was immortal and went through a series of reincarnations; (2) as an expert on religious ritual; (3) as a wonder-worker who had a thigh of gold and who could be two places at the same time; (4) as the founder of a strict way of life that emphasized dietary restrictions, religious ritual and rigorous self discipline.

It remains controversial whether he also engaged in the rational cosmology that is typical of the Presocratic philosopher/scientists and whether he was in any sense a mathematician. The early evidence suggests, however, that Pythagoras presented a cosmos that was structured according to moral principles and significant numerical relationships and may have been akin to conceptions of the cosmos found in Platonic myths, such as those at the end of the Phaedo and Republic. In such a cosmos, the planets were seen as instruments of divine vengeance (“the hounds of Persephone”), the sun and moon are the isles of the blessed where we may go, if we live a good life, while thunder functioned to frighten the souls being punished in Tartarus. The heavenly bodies also appear to have moved in accordance with the mathematical ratios that govern the concordant musical intervals in order to produce a music of the heavens, which in the later tradition developed into “the harmony of the spheres.” It is doubtful that Pythagoras himself thought in terms of spheres, and the mathematics of the movements of the heavens was not worked out in detail. There is evidence that he valued relationships between numbers such as those embodied in the so-called Pythagorean theorem, though it is not likely that he proved the theorem.

Pythagoras' cosmos was developed in a more scientific and mathematical direction by his successors in the Pythagorean tradition, Philolaus and Archytas. Pythagoras succeeded in promulgating a new more optimistic view of the fate of the soul after death and in founding a way of life that was attractive for its rigor and discipline and that drew to him numerous devoted followers.

What were the beliefs and practices of the historical Pythagoras? This apparently simple question has become the daunting Pythagorean question for several reasons. First, Pythagoras himself wrote nothing, so our knowledge of Pythagoras' views is entirely derived from the reports of others. Second, there was no extensive or authoritative contemporary account of Pythagoras. No one did for Pythagoras what Plato and Xenophon did for Socrates. Third, only fragments of the first detailed accounts of Pythagoras, written about 150 years after his death, have survived. Fourth, it is clear that these accounts disagreed with one another on significant points. These four points would already make the problem of determining Pythagoras' philosophical beliefs more difficult than determining those of almost any other ancient philosopher, but a fifth factor complicates matters even more. By the third century CE, when the first detailed accounts of Pythagoras that survive intact were written, Pythagoras had come to be regarded, in some circles, as the master philosopher, from whom all that was true in the Greek philosophical tradition derived. By the end of the first century BCE, a large collection of books had been forged in the name of Pythagoras and other early Pythagoreans, which purported to be the original Pythagorean texts from which Plato and Aristotle derived their most important ideas. A treatise forged in the name of Timaeus of Locri was the supposed model for Plato's Timaeus, just as forged treatises assigned to Archytas were the supposed model for Aristotle's Categories. Pythagoras himself was widely presented as having anticipated Plato's later metaphysics, in which the one and the indefinite dyad are first principles. Thus, not only is the earliest evidence for Pythagoras' views meager and contradictory, it is overshadowed by the hagiographical presentation of Pythagoras, which became dominant in late antiquity. Given these circumstances, the only reliable approach to answering the Pythagorean question is to start with the earliest evidence, which is independent of the later attempts to glorify Pythagoras, and to use the picture of Pythagoras which emerges from this early evidence as the standard against which to evaluate what can be accepted and what must be rejected in the later tradition. Following such an approach, Walter Burkert, in his epoch-making book (1972a), revolutionized our understanding of the Pythagorean question, and all modern scholarship on Pythagoras, including this article, stands on his shoulders. For a detailed discussion of the source problems that generate the Pythagorean Question see 2. Sources, below.

2.1 Chronological Chart of Sources for Pythagoras

4.2 Pythagoras as a Wonder-worker
Some have wanted to relegate the more miraculous features of Pythagoras' persona to the later tradition, but these characteristics figure prominently in the earliest evidence and are thus central to understanding Pythagoras. Aristotle emphasized his superhuman nature in the following ways: there was a story that Pythagoras had a golden thigh (a sign of divinity); the people of Croton called him the Hyperborean Apollo (one of the god Apollo's manifestations); the Pythagoreans taught that “of rational beings, one sort is divine, one is human, and another such as Pythagoras” (Iamblichus, VP 31); Pythagoras was seen on the same day at the same time in both Metapontum and Croton; he killed a deadly snake by biting it; as he was crossing a river it spoke to him (all citations are from Aristotle, Fr. 191, unless otherwise noted). There is a clear parallel for these remarkable abilities in the later figure of Empedocles, who promises to teach his pupils to control the winds and bring the dead back to life (Fr. 111). There are recognizable traces of this tradition about Pythagoras even in the pre-Aristotelian evidence, and his wonder-working clearly evoked diametrically opposed reactions. Heraclitus' description of Pythagoras as “the chief of the charlatans” (Fr. 81) and of his wisdom as “fraudulent art” (Fr. 129) is most easily understood as an unsympathetic reference to his miracles. Empedocles, on the other hand, is clearly sympathetic to Pythagoras, when he describes him as “ a man who knew remarkable things” and who “possessed the greatest wealth of intelligence” and again probably makes reference to his wonder-working by calling him “accomplished in all sorts of wise deeds” (Fr. 129). In Herodotus' report, Zalmoxis, whom some of the Greeks identified as the slave and pupil of Pythagoras, tried to gain authority for his teachings about the fate of the soul by claiming to have journeyed to the next world (IV. 95). The skeptical tradition represented in Herodotus' report treats this as a ruse on Zalmoxis' part; he had not journeyed to the next world but had in reality hidden in an underground dwelling for three years. Similarly Pythagoras may have claimed authority for his teachings concerning the fate of our soul on the basis of his remarkable abilities and experiences, and there is some evidence that he too claimed to have journeyed to the underworld and that this journey may have been transferred from Pythagoras to Zalmoxis (Burkert 1972a,154 ff.).
scepticism science and religion science education