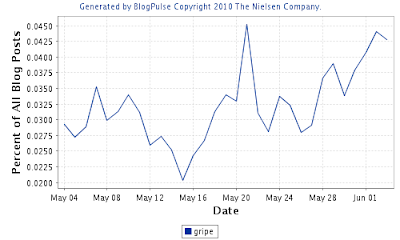 
Lessons from a pandemic

It is time to assess what worked, and what didn't, in the global efforts to cope with swine flu.

The world's response to the H1N1 flu pandemic over the past ten months suggests that the lessons learned from dealing with severe acute respiratory syndrome (SARS) and the threat of H5N1 avian flu have paid off. Researchers worldwide freely shared and published data covering the genetics, virology and epidemiology of the H1N1 virus in almost real time.
Most national and international health agencies reacted swiftly and generally communicated openly with the media and the public. But the response also revealed serious weaknesses. The sobering fact is that humans were lucky with this pandemic. Most cases have been mild, yet health services were still often stretched to capacity. And the fact that vaccines were too few, too late, would have been catastrophic if the virus had been more lethal.
Health authorities in Mexico deserve credit for promptly alerting the world to the first outbreaks and acting to slow the spread of the disease, despite clear economic impacts from lost tourism and closed businesses. The transparency of the US Centers for Disease Control and Prevention (CDC) in Atlanta, Georgia, also deserves recognition. The agency's open sharing of data helped set the tone of the international response. Such moves gave other nations a head start in reinforcing surveillance efforts and trying to slow the initial spread of the virus to win time for a vaccine to be prepared.

More waves of H1N1 flu will come, but its health impact will diminish as more people obtain natural immunity. Public-health officials around the globe can take some comfort in the fact that, for now, the virus seems less deadly than they had feared. They can also take pride in having struck a good balance between uncertainty, taking action and minimizing economic impacts and social disruption. Informing the public about the nature and severity of the disease was a tremendous challenge — especially when it came to explaining the uncertainties surrounding the severity, epidemiology and pathology of the virus.
In the United States, the initial communications were overseen in large part by Richard Besser, acting director of the CDC at the time (see page 150). It was a challenge he and the agency rose to admirably. The news media and flu bloggers also generally responded well. Despite their well-known fascination with worse-case scenarios, mainstream news outlets for the most part did a good job of not sensationalizing the threat, and of debunking individuals and organizations looking to sow unfounded doubts about vaccine safety and the necessity of a robust public-health response.
Unfortunately, official efforts to build trust in the pandemic response were not helped by overly optimistic predictions of how much and how quickly vaccines would be available. This underscores a significant technological deficiency: the reliance on a small number of suppliers, with almost all vaccines made by growing the virus in eggs, a process that takes around six months to get shots into production. The spread of H1N1 flu around the world in a matter of weeks highlights the need to develop novel vaccines, which would a provide quicker turnaround, and for government incentives to encourage manufacturers to move away from egg-based production.

Analysis of the H1N1 virus suggests that this new strain had been circulating in pigs for almost a decade, and probably jumped to humans months before it was detected in Mexico. That it was not spotted earlier is unacceptable. Public- and animal-health communities need to help increase surveillance for emerging diseases with pandemic potential. The danger now is that last year's relatively mild pandemic will create a false sense of security and complacency. The reality is that next time we might not be so lucky — especially given that this time most of the world's population, living as they do in developing countries, had no access to either vaccines or antiviral drugs. Governments and scientists would do well to redouble efforts to reinforce our pandemic defences, and to draw what lessons they can from this outbreak as a dry run for a more severe pandemic.
journalism swine flu