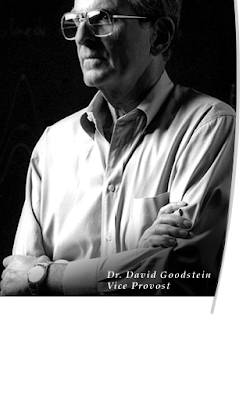 How Science Works - David Goodstein (Caltech)
Myth: Scientists must have open minds, being ready to discard old ideas in favor of new ones.
Fact: Because science is an adversary process in which each idea deserves the most vigorous possible defense, it is useful for the successful progress of science that scientists tenaciously hang on to their own ideas, even in the face of contrary evidence (and they do, they do).
Myth: When a new theory comes along, the scientist’s duty is to falsify it.
Fact: When a new theory comes along, the scientist’s instinct is to verify it. When a theory is new, the effect of a decisive experiment that shows it to be wrong is that both the theory and the experiment are quickly forgotten. This result leads to no progress for anyone in the reward system. Only when a theory is well established and widely accepted does it pay off to prove that it’s wrong.
science philosophy