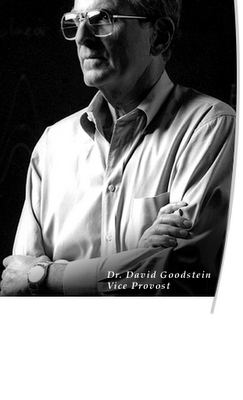 
Myth: Scientists are people of uncompromising honesty and integrity.

Fact: They would have to be if Bacon were right about how science works, but he wasn’t. Scientists are rigorously honest where honesty matters most to them: in the reporting of scientific procedures and data in peer-reviewed publications. In all else, they are ordinary mortals like all other ordinary mortals.

Hummmm...,
Scientists are rigorously honest where honesty matters most to them: in the reporting of scientific procedures and data in peer-reviewed publications.
Acho que esta frase é normativa, não descritiva... Ver discussão aqui no RNAm:

Motivation to commit scientific misconduct
According to David Goodstein of Caltech, there are three main motivators for scientists to commit misconduct, which are briefly summarised here.

Career pressure
Science is still a very strongly career-driven discipline. Scientists depend on a good reputation to receive ongoing support and funding; and a good reputation relies largely on the publication of high-profile scientific papers. Hence, there is a strong imperative to "publish or perish". Clearly, this may motivate desperate (or fame-hungry) scientists to fabricate results.
To this category may also be added a paranoia that there are other scientists out there who are close to success in the same experiment, which puts extra pressure on being the first one. It is suggested as a cause of the fraud of Hwang Woo-Suk.[2] A main source of detection comes when other research teams in fact fail or get different results.
Pride
Even on the rare occasions when scientists do falsify data, they almost never do so with the active intent to introduce false information into the body of scientific knowledge. Rather, they intend to introduce a fact that they believe is true, without going to the trouble and difficulty of actually performing the experiments required.
The ability to get away with it
In many scientific fields, results are often difficult to reproduce accurately, being obscured by noise, artifacts and other extraneous data. That means that even if a scientist does falsify data, they can expect to get away with it - or at least claim innocence if their results conflict with others in the same field. There is no "scientific police" which is trained to fight scientific crimes, all investigations are made by experts in science but amateurs in dealing with criminals. It is relatively easy to cheat.
Money
There is the additional incentive of money. If one has a promising proposal in area where federal or other grant money or funding is available especially in new technologies where there is no existing standard against which to compare, the submission of preliminary data cannot be confirmed until further research is done.
Ideology
While perhaps the least common incentive, it is still there. The classic example would be anti-abortionists claiming sonograms show the silent scream of an aborted fetus demonstrates the fetus is alive with feeling, while pro-abortionists would submit demographic studies showing that woman who considered abortion but later decided against it are doomed to life of dependency on welfare, lower socio-economic status, relationship abuse, child abuse, drug abuse, etc.
Forms of scientific misconduct include:

Fabrication – the publication of deliberately false or misleading research, often subdivided into:
Plagiarism – the act of taking credit (or attempting to take credit) for the work of another.[6] A subset is citation plagiarism – willful or negligent failure to appropriately credit other or prior discoverers, so as to give an improper impression of priority. This is also known as, "citation amnesia", the "disregard syndrome" and "bibliographic negligence".[7] Arguably, this is the most common type of scientific misconduct. Sometimes it is difficult to guess whether authors intentionally ignored a highly relevant cite or lacked knowledge of the prior work. Discovery credit can also be inadvertently reassigned from the original discoverer to a better-known researcher. This is a special case of the Matthew effect.[8]
Self-plagiarism – or Multiple publication of the same content with different titles and/or in different journals is sometimes also considered as misconduct; scientific journals explicitly ask authors not to do this. It is refererred to as "salami" in in the jargon of medical journal editors.(MJE) (many identical slices) According to some MJE This includes publishing the same article in a different language.[9]
The violation of ethical standards regarding human and animal experiments – such as the standard that a human subject of the experiment must give informed consent to the experiment.[10]
Ghostwriting – the phenomenon where someone other than the named author(s) makes a major contribution. Typically, this is done to mask contributions from drug companies. It incorporates plagiarism and has an additional element of financial fraud.
Conversely, research misconduct is not limited to NOT listing authorship, but also includes the conferring authorship on those that have not made substantial contributions to the research.[11][12] This is done by senior researcher who muscle their way onto the papers of inexperienced junior researchers[13] as well as others that stack authorship in an effort to guarantee publication. This is much harder to prove due to a lack of consistency in defining "authorship" or "substantial contribution".[14][15][16]
Misappropriation of data - Literally stealing the work and results of others and publishing as to make it appear the author had performed all the work under which the data was obtained.
In addition, some academics consider suppression--the failure to publish significant findings due to the results being adverse to the interests of the researcher or his/her sponsor(s)--to be a form of misconduct as well; this is discussed below.

In some cases, scientific misconduct may also constitute violations of the law, but not always. Being accused of the activities described in this article is a serious matter for a practicing scientist, with severe consequences should it be determined that a researcher intentionally or carelessly engaged in misconduct.

Three percent of the 3,475 research institutions that report to the US Department of Health and Human Services' Office of Research Integrity, indicate some form of scientific misconduct. (Source: Wired Magazine, March 2004) However the ORI will only investigate allegations of impropriety where research was funded by federal grants. They routinely monitor such research publication for red flags.
science philosophy scientific life