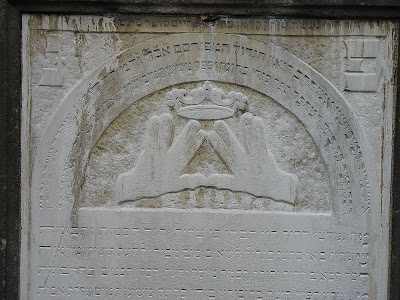 The search for Vulcan

In December 1859, Le Verrier received a letter from a French physician and amateur astronomer called Edmond Modeste Lescarbault, who claimed to have seen a transit of the hypothetical planet earlier in the year. Le Verrier took the train to the village of Orgères-en-Beauce, some 70 kilometres southwest of Paris, where Lescarbault had built himself a small observatory. Le Verrier arrived unannounced and proceeded to interrogate the man.

Lescarbault described in detail how, on 26 March 1859, he noticed a small black dot on the face of the Sun, which he was studying with his modest 3.75 inches (95 mm) refractor. Thinking it to be a sunspot, Lescarbault was not at first surprised, but after some time had passed he realized that it was moving. Having observed the transit of Mercury in 1845, he guessed that what he was observing was another transit, but of a previously undiscovered body. He took some hasty measurements of its position and direction of motion, and using an old clock and a pendulum with which he took his patients’ pulses, he estimated the duration of the transit at 1 hour, 17 minutes and 9 seconds.

Le Verrier thought he was satisfied that Lescarbault had seen the transit of a previously unknown planet. On 2 January 1860 he announced the discovery of Vulcan to a meeting of the Académie des Sciences in Paris. Lescarbault, for his part, was awarded the Légion d'honneur and invited to appear before numerous learned societies.

Not everyone accepted the veracity of Lescarbault's "discovery", however. An eminent French astronomer, Emmanuel Liais, who was working for the Brazilian government in Rio de Janeiro in 1859, claimed to have been studying the surface of the Sun with a telescope twice as powerful as Lescarbault's at the very moment that Lescarbault said he observed his mysterious transit. Liais, therefore, was "in a condition to deny, in the most positive manner, the passage of a planet over the sun at the time indicated" (Popular Science, Volume 13, pages 732-735, 1878).

Based on Lescarbault’s "transit", Le Verrier computed Vulcan’s orbit: it supposedly revolved about the Sun in a nearly circular orbit at a distance of 21 million kilometres, or 0.14 astronomical units. The period of revolution was 19 days and 17 hours, and the orbit was inclined to the ecliptic by 12 degrees and 10 minutes (an incredible degree of precision). As seen from the Earth, Vulcan’s greatest elongation from the Sun was 8 degrees.

Numerous reports — all of them unreliable — began to reach Le Verrier from other amateurs who claimed to have seen unexplained transits. Some of these reports referred to observations made many years earlier, and many could not be properly dated. Nevertheless, Le Verrier continued to tinker with Vulcan’s orbital parameters as each new reported sighting reached him. He frequently announced dates of future Vulcan transits, and when these failed to materialize, he tinkered with the parameters some more.

Among the earlier alleged observers of Vulcan, the following are the most noteworthy (Astronomical Register, 1869):

Shortly after eight o'clock on the morning of 29 January 1860, F A R Russell and three other people saw an alleged transit of an intra-Mercurial planet from London (Nature, 5 October 1876). An American observer, Richard Covington, many years later claimed to have seen a well-defined black spot progress across the Sun’s disk around 1860, when he was stationed in Washington Territory (Scientific American, 25 November1876).

No "observations" of Vulcan were made in 1861. Then, on the morning of 22 March 1862, between eight and nine o’clock Greenwich Time, another amateur astronomer, a Mr Lummis of Manchester, England, saw a transit. His colleague whom he alerted also saw the event. Based on these two men's reports, two French astronomers, Benjamin Valz and Rodolphe Radau, independently calculated the object’s supposed orbital period, with Valz deriving a figure of 17 days and 13 hours, and Radau a figure of 19 days and 22 hours.

On 8 May 1865 another French astronomer, Aristide Coumbrary observed an unexpected transit from Constantinople, Turkey.

Between 1866 and 1878 no reliable observations of the hypothetical planet were made. Then, during the total solar eclipse of 29 July 1878, two experienced astronomers, Professor James Craig Watson, the director of the Ann Arbor Observatory in Michigan, and Lewis Swift, an amateur from Rochester, New York, both claimed to have seen a Vulcan-type planet close to the Sun. Watson, observing from Separation, Wyoming, placed the planet about 2.5 degrees southwest of the Sun, and estimated its magnitude at 4.5. Swift, who was observing the eclipse from a location near Denver, Colorado, saw what he took to be an intra-mercurial planet about 3 degrees southwest of the Sun. He estimated its brightness to be the same as that of Theta Cancri, a fifth-magnitude star which was also visible during totality, about six or seven minutes from the "planet". Theta Cancri and the planet were very nearly in line with the centre of the Sun.

Watson and Swift had the reputation as excellent observers. Watson had already discovered more than twenty asteroids, while Swift had several comets named after him. Both described the colour of their hypothetical intra-mercurial planet as "red". Watson reported that it had a definite disk – unlike stars, which appear in telescopes as mere points of light – and that its phase indicated that it was approaching superior conjunction.

These are merely the more "reliable observations" of alleged intra-Mercurial planets. For half a century or more, many other observers tried to find the hypothetical Vulcan. Many false alarms were triggered by round sunspots that closely resembled planets in transit. During solareclipses, stars close to the Sun were mistaken for planets. At one point, to reconcile different observations, at least two intra-mercurial planets were postulated.

In 1877 Le Verrier died, still convinced of having discovered another planet. With the loss of its principal proponent, the search for Vulcan abated. After many years of searching, astronomers were seriously doubting the planet's existence.

The final act came in 1915, when Einstein's theory of relativity explained the perturbations of Mercury as a mere byproduct of the Sun's gravitational field. His equations predicted slightly different results than classical mechanics, and exactly in the right amount to explain Mercury's actual orbit.

The difference applies to the orbits of all planets, but the magnitude of the effect diminishes as one gets farther out from the Sun. Also, Mercury's fairly eccentric orbit makes it much easier to detect the perihelion shift than is the case for the nearly circular orbits of Venus and Earth.