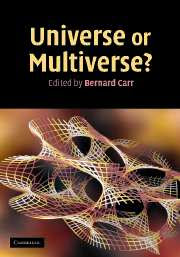 Deriving the Properties of the Universe

The properties of the universe can be derived by thinking about the origin of complexity, says a new theory.

Physicists and cosmologists have long noted that the laws of physics seem remarkably well tuned to allow the existence of life, an idea known as the anthropic principle.

It is sometimes used to explain why the laws of physics are the way they are. Answer: because if they were different, we wouldn't be here to see them.

To many people, that looks like a cop out. One problem is that this way of thinking is clearly biased towards a certain kind of carbon-based life that has evolved on a pale blue dot in an unremarkable corner of the cosmos. Surely there is a more objective way to explain the laws of physics.

Enter Raphael Bousso and Roni Harnik at the University of California, Berkeley and Stanford University respectively. They point out that the increase in entropy in any part of the Universe is a decent measure of the complexity that exists there. Perhaps the anthropic principle can be replaced with an entropic one?

Today, they outline their idea and it makes a fascinating read. By thinking about the way entropy increases, Bousso and Harnik derive the properties of an average Universe in which the complexity has risen to a level where observers would have evolved to witness it.

They make six predictions about such a Universe. They say "typical observers find themselves in a flat universe, at the onset of vacuum domination, surrounded by a recently produced bath of relativistic quanta.These quanta are neither very dilute nor condensed, and thus appear as a roughly thermal background."

Sound familiar? It so happens that we live in a (seemingly) flat universe, not so long after it has become largely a vacuum and we're bathed in photons that form a thermal background. That's the cosmic infrared background that is emitted by galactic dust heated by starlight (this is different from the cosmic microwave background which has a different origin).

That's a remarkably accurate set of predictions from a very general principle. The question, of course, is how far can you run with a theory like this.

It certainly has the feel of a powerful idea. But, just like the anthropic principle, it also has the scent of circular reasoning about it: the universe is the way it is because if it were different, the complexity necessary to observe it wouldn't be here to see it.

That may not be so hard to stomach, given the power of the new idea. Even a hardened physicist would have to accept.that Bousso and Harnik have a remarkably elegant way of capturing the state of the universe.

We initiate a quantitative exploration of the entire landscape. Predictions thus far have focused on subsets of landscape vacua that share most properties with our own. Using the entropic principle (the assumption that entropy production traces the formation of complex structures such as observers), we derive six predictions that apply to the whole landscape. Typical observers find themselves in a flat universe, at the onset of vacuum domination, surrounded by a recently produced bath of relativistic quanta. These quanta are neither very dilute nor condensed, and thus appear as a roughly thermal background. Their characteristic wavelength is of order the inverse fourth root of the vacuum energy. These predictions hold for completely arbitrary observers, in arbitrary vacua with potentially exotic particle physics and cosmology. They agree with observation: We live in a flat universe at the onset of vacuum domination, whose dominant entropy production process (the glow of galactic dust) has recently produced a radiation bath (the cosmic infrared background). This radiation is marginally dilute, relativistic, and has a wavelength of order 100 microns, as predicted.